Wine fashionistas have been panicked recently by rumours working back from Italy that there is going to be a shortage of Prosecco. The Sunday papers suggested that droves of Ladies Who Lunch would be trawling the nation’s shelves with sharp elbows and flailing handbags, prepared to defend their hard won stash to the death. One commentator, social rather than equipped with any degree of actual wine knowledge, struck a rather tearful tone in her piece, clearly in a funk of melancholy at the merest whisper of the possibility.

Prosecco has become fashionable. It’s been around for ages and many of you have quietly enjoyed the odd bottle from time to time over the years, but only now that the herd instinct has randomly tuned into Prosecco as The Thing To Drink has it become a widespread fad. In some quarters, being seen to be drinking it is more important than actually enjoying what you are drinking. It’s the same thing as wearing a particular clothing brand because “Paris says…” or sporting a variant of bling because Hollywood’s current favourite does - not because you like it yourself. 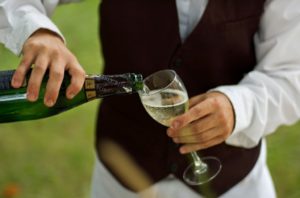 The way the market reacts to such spikes depends to an extent on the product in question. If you are manufacturing an item of clothing that suddenly goes ballistic you gear up your factories and churn out more. If you are producing what is basically an agricultural line you are dependent on the seasons’ turn: last year’s harvest is over, the wine is finished or in the process of being made and there is no more until the next. Furthermore, a vine is a fruit tree - you can’t just sow a seed like wheat and watch your crop pop up - it takes years to come to its best.

This means that, human nature being as it is, there will always be the temptation for less scrupulous producers to cut corners and produce poor wine. You are their target. Look what happened to some Chardonnays when that was all the rage; learn from what happened to Pinot Grigio more recently - it’s still flying high, but some is plain awful.

John Ruskin’s commercial view was this,

“It's unwise to pay too much, but it's worse to pay too little. When you pay too much, you lose a little money - that's all. When you pay too little, you sometimes lose everything, because the thing you bought was incapable of doing the thing it was bought to do. The common law of business balance prohibits paying a little and getting a lot - it can't be done. If you deal with the lowest bidder, it is well to add something for the risk you run, and if you do that you will have enough to pay for something better.” That this is still so relevant today suggests that consumers have learnt little in over 150 years.

If stocks of Prosecco really are stretched, rest assured that Wines of Interest will not be compromising on quality, nor should you: the bandwagon being ridden by the multiples will see that there is ample heartburn material around for the, um, less fussy. At the moment we have had no notification of any impending shortages from any UK importers and it’s business as usual.  In any case, the word is that the better DOCG vineyards escaped the bad weather that affected the 2014 harvest.  The more recently planted DOC areas on the flatlands (younger vines planted in response to the recent spike in Prosecco popularity, and producing less flavoursome fruit as a result) is where the wet weather did most damage.

There are alternatives too. The bright light of Prosecco should not blind us to some seriously good non-Champagne sparklers from elsewhere and if you drink sparkling wine because you like sparkling wine, please tune in to this pair of belters. 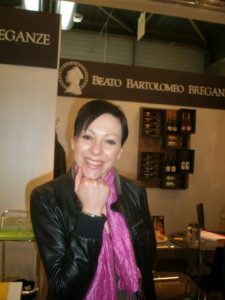 If Prosecco risks shooting itself in the proverbial foot by lowering the bar to fill demand quickly, think what Cava has already done. All that low grade, cheap fizz for the holiday crowds in Spain from the sixties onwards has done permanent damage to the reputation of the good producers too. While consumers need to bear in mind that not all Prosecco is good, they must also remember that not all Cava is bad. We carry a Cava called Mas Macia which is a single estate wine produced in an idyllic spot about an hour out of Barcelona and it is excellent. Made in the méthode traditionelle with its secondary fermentation in the bottle, the wine is rested on its lees for upwards of 24 months and develops flavours more reminiscent of a much more senior sparkler. At £11.25 Mas Macia costs less than our top Prosecco and delivers more complexity.

The cellars at Bohigas, where Mas Macia Cava is matured.

We have a new fizzy in from France from a single domaine in the Jura called Domaine Désiré Petit which hits that halfway price between the other sparklers and Champagne. It is a wine of tremendous vivacity and considerable style made from Chardonnay, also bottle fermented and showing the gentle bready, creamy notes of correct maturity. Designated as Crémant de Jura it will appeal to those who love Blanc de Blancs Champagne but not its £30-ish price tag. This super Crémant is on the shelf at £16.95 - not a day-to-day bottle perhaps but cracking value nonetheless.

The Desire Petit vineyards in the Jura

In the immortal words of Corporal Jones, DON’T PANIC! No shortages here at present, just more choice for lovers of good fizz.  Click here to see what we currently have available.

Typically we send 2-3 emails each month so you won't get floods of stuff from us, though we do send out more emails in November and December.  You can unsubscribe at any time should you ever change your mind.